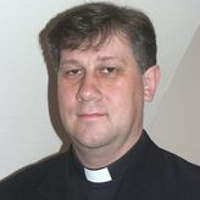 Robert Biel was born in Radgoszcz. He graduated from the high school in Dabrowa Tarnowska. In 1985, he joined the Major Seminary in Tarnow. He was ordained on May 25, 1991. As a newly ordained priest he worked in Żeleźnikowa Wielka. In 1992, he began his doctoral studies in the field of pastoral theology at Leopold-Franzens-Universität in Innsbruck. During his studies he worked as a chaplain in the Sisters of Mercy House (Barmherzige Schwestern). In 1997 he obtained his Ph.D. Degree in Lebens-und Todeszeichen der Kirche in Polen nach der Wende.

At the CCPE meeting (Consilium Commissionum Presbyteralium Europae) associating the representatives of the council of priests in Europe in September 2008 he was elected to the 5-person Presidium. At the beginning of his scientific path he studied philosophy and theology at the Seminary. In 1991 he defended his thesis titled Ludwig Feuerbach Apriorism of religion interpretation.

After returning from studies in Innsbruck he began working in the field of research and teaching. In May 26, 1997 he was appointed as a senior assistant, and in 2003 as an adjunct at the Faculty of Theology of the Pontifical Academy of Theology Section in Tarnów. In April 6, 2013 he received a postdoctoral degree at the Catholic University of Lublin. His thesis title was: The Church of Holy Saturday. Paschal vision of the Church in terms of Cardinal Kurt Koch. He is a member of the Polish Association of Pastorals and PosT – Netzwerk der mittel- und osteuropäischen Pastoraltheologinnen und Pastoraltheologen. The Author of over a hundred publications that has been published in eight countries and an interpreter of several books.

He was born on June 13, 1970 in Tarnow. From 1985 until 1989 he attended the Private Secondary School conducted by the Bernardine’s Priests in Kalwaria Zebrzydowska, in 1989-1991 he graduated from the School of Economics in Tarnow. He is a graduate of the Pontifical Academy of Theology in Krakow, Faculty of Theology in Tarnów. Professionally, from the very beginning, he associated with the capital market in Poland. Firstly, he was an employee of the Central Brokerage House of Bank Pekao SA, than of Cracow Brokerage House and since 1997 he has been involved with Brokerage House BDM SA, where he has been working as the director of the Branch in Tarnow since 2001. Also he is associated with the St. Joseph School of New Evangelization in Tarnów and diocesan centers that organize Weekends for Enamoured. His family life concentrates on: wife Anna and three sons, Jakub, Franciszek oraz Antoni. The Family shares the passion towards music and hiking.

Marek Syrek was born in 1971 in Tarnow. He graduated the K.Brodziński 1st Senior High School in Tarnów. In 1990-1995 he was a student at the Faculty of Law and Administration at the Jagiellonian University in Crakow. During his studies he was involved in providing assistance to those in need by working as a volunteer at the Crisis Intervention Center in Cracow. Later he was working as an associate in parochial branch of Caritas in the NMP Queen of Poland Parish in Tarnow – Mościcie. He is practicing as a judge in the District Court in Tarnów.