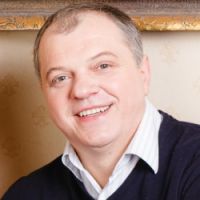 Robert Jachym is a graduate of Collegium Medicum at Jagiellonian University in Krakow – a specialist in internal medicine and clinical pharmacology. Longtime worker of Collegium Medicum at Jagiellonian University at the Department of Clinical Pharmacology. He also finished postgraduate studies in the field of healthcare management. Founder and co-owner of the Department of the Esthetic Dentistry clinic called Rodent. He is interested in the critical look at modern technologies in medicine and dentistry.

Robert Jachym is the husband of Doctor Barbara Borowska-Jachym and the father of three daughters. He lives in Krakow. 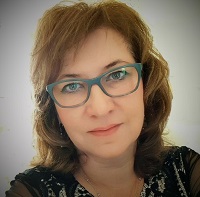 Małgorzata Orawska was born in Tarnow. Professionally educated as a pedagogue and a cultural animator. She graduated from 1st Tadeusz Kosciuszko Senior School in Dabrowa Tarnowska. Afterwards she graduated from the Faculty of Pedagogy and Arts at the University of Silesia in Cieszyn. In the 80s she worked at the Municipal and Communal Cultural Centre in Żabno and the Regional Cultural Centre in Tarnów. Since 1989 she has been living in Skoczów in Silesian Cieszyn. She works in education. Because of the passion and profession (school teacher, sociotherapist, counselor, oligofrenopedagogy specialist) she has been cooperating with many institutions and organizations supporting the development of children and young people at different stages of education. She is the author of poetry collections: “Daisy” and “Water Lilies”, the editor of several regional publications, a lover of art therapy, a member of the liturgical choir “Coram Deo et hominibus” at the Parish of St. Peter and Paul in Skoczów. Małgorzata Orawska is married and has two sons Łukasz and Mikołaj. 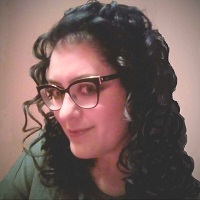 Aniceta Kawa-Maryniak was born in Tarnow. She is a pharmacist by the profession. She graduated from 1st Tadeusz Kosciuszko Senior School in Dabrowa Tarnowska. Then she studied at the Faculty of Pharmacy, Medical Academy in Krakow. After graduation she moved to Krakow and began working as an assistant at the 5th Military Clinical Hospital, where in 1994 she did a specialization in retail pharmacy. In the years 1995-1999, she was the Head of the drug wholesalers called Humed. In 1999 she moved to Warsaw with her family, where until 2011 she was a director of several private pharmacies. Since 2011 Aniceta has been the director of a pharmaceutical wholesalers called Forfarm.

Since 1991 she is the wife of Lech Maryniak and mother of two children, Natalia and Alan. The need to help other people Aniceta took from her family home and she tried to pass these values to her children. Together with her husband she participated in many charity events. Currently during several years they have been taking part in the program child “Distance Adoption” in Sri Lanka. 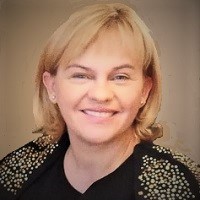 Legal adviser, member of the District Chamber of Legal Advisers in Krakow. At her work she is practising legal advice for companies and supporting the sides in the negotiations and lawsuits. Jolanta is a wife and a mother of two sons. 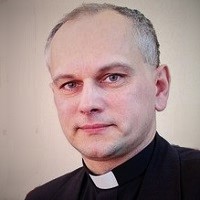 Adam Nita was born in Klęczan (near Rzeszów). He graduated from the Chemistry High School in Pustków-Osiedle. In 1985 he began studying philosophy and theology at the Major Seminary in Tarnow. He was ordained in 1991. As a newly ordained priest he stared to work in the parish of St. Stanislaus Kostka in Tarnow. In 1994 he was supervised to the specialized studies in the canon law at the University of Navarra in Pamplona. After receiving the Ph.D degree in 1998, he returned to the country and started working in the Diocese of Tarnow firstly as a notary, and in the years 2004-2014 as the Chancellor of Curia. All the time he was also practising as a judge at the Bishops Court. In 2008 he was nominated a Chaplain of His Holiness and at the later time as a collective canon of the Cathedral Chapter in Tarnow. In 2014 he undertook the duties of the cathedral parish priest and the dean of the decanate Tarnow South.